I eventually found myself coming out of the mountains and saw before me the beginnings of Dushanbe, to my relief. As I made my way through the beginnings of the city I definitely stood apart from the locals, with my beard, massive rucksack and distinguishable odour coming from the clothes I had been wearing for the past few months.

I was eventually able to find the hotel, not without difficulty. Having to ask a few policemen, a nervous moment for both parties involved. And also with it being a public holiday with celebrations going on in the street as well as the president and his convoy of cars making its way down the roads, made it a bit of a task. I attracted some stares and some glares and nervous policemen shouting at me at the president drove by, asking me what I was doing.

Eventually I made it to this large glass building that seemed a million miles away from a life I had been living in the mountains, I walked into the reception area and again attracted some looks from not only staff but from people staying in the hotel going for lunch at, what I could only describe at the time as a endless beautiful banquet (I suddenly became very hungry). I essentially was a homeless man trying to enter a 5 star hotel and get a room… for free. And with that thought, suddenly  became very aware that this whole situation could be a set up and just a joke and became very nervous. Nervous that I would ask the lovely smelling, clean people in their suits, behind the immaculate desk if a room was ready for Arjun Bhogal and they wold look at me with a vacant look, thinking “what is he talking about?”. 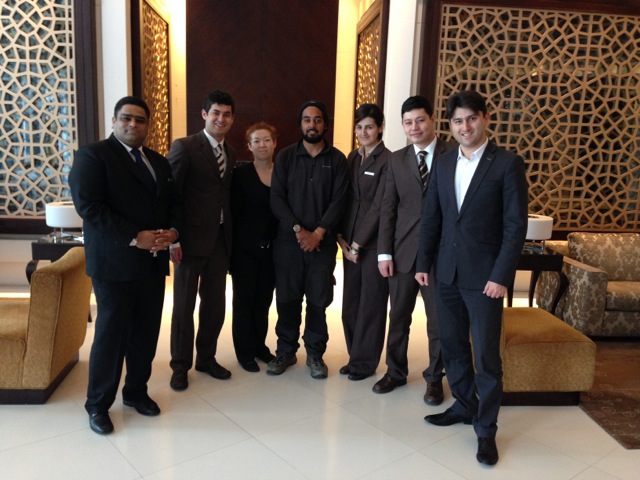 Fortunately that didn’t happen and I was told to wait a minute for the manager on duty and was greeted by everyone with smiles, after the initial confusion had passed. I was shown to my room which I had to admit was the epitome of luxury and as soon as the lovely man and woman showing me me room left rushed to have a shower and be clean for the first time in months.

That night I indulged and enjoyed some beer, a club sandwich, some veg, fries and for some reason a batch of croissants. Why croissants I hear you say? I’m not too sure but it was a great idea at the time.