The road became very bad, consisting of unfinished road laying, muddy tracks, half built bridges over the numerous streams, and constant diversions around marshes and pools, all of which were home to dense clouds of mosquitoes, who although hid during the daylight hours, amassed in the evenings. We also saw another camel spider, and a huge spider we didn’t recognise carrying a nest of babies on its back. The only saving grace of the road was that because it was entirely unfinished, not even halfway done, we could camp on inaccessible bits of the roadworks, a necessity as either side of the tracks was nothing but dense reeds and deep marshes, buzzing with unbelievable populations of insects.

We met a family from Poland and France who were driving to Tibet, a few roadworkers who told us about the north road being better, and various other people in vehicles who gave us water and such. We took a junction to the north road and came across a town where people were again lovely, offering lifts and giving us any fizzy drinks they had in their cars at the time. Whilst we were shopping we met a man who spoke English, who accidentally dropped us up into trouble with the police.

A policeman simply asked what we had in our cart, so we showed him, and then he left; but the English speaking guy went to explain what we were doing to him just as he met up with a group of other policemen over the road, and then they all came over to have a look, demanding we empty our bags, show them ID, and even go to the station for fingerprinting. Agitated, we tried to oblige and get it done quickly so we could leave, but different policemen kept saying different things, and eventually someone in charge was dragged out of the station and came over to tell us we could go, much to the dismay of some of the others.

We left quickly and got to the outskirts, where we sat under the last bit of shelter we could find before heading back out into the marshes again. Whilst sitting, a couple of cars pulled up to chat, and later on a television crew showed up to do an interview! 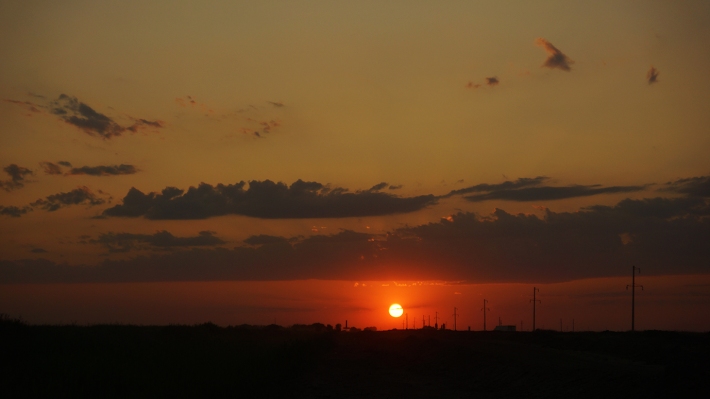