The wind died down just as the sun came up, leaving us sweating and covered in fine sand, a nightmare to deal with. It started up again late in the evening however forcing us to continue until we found any sort of shelter, which luckily came in the form of a tunnel under the road, providing cover from both wind and the sun the next morning.

The wind became more manageable after that and we even went through a couple of nice villages without anyone hassling us. We did struggle for camping as we have done throughout Kazakhstan, but we were having less trouble since Emba.

Heading down towards Baikonur we received texts from our families warning of a toxic mushroom cloud after a failed rocket launch crashed and exploded there. Not that we knew until that point, but the Russians launch space programs from the town, and we were days away from it.

We came across a town which we were told by multiple people (quite rudely) had no shop, but found fertile land with a river and what looked like good camping. It was the start of a new problem, as that night, though we were luckily already inside the tent, a plague of mosquitoes descended, creating a rather loud hum until morning as they fruitlessly tried to find a way through the inner layer.

The land did start to look less like a desert, with sporadic fertile areas and an increasing amount of villages and towns. The heat didn’t let up in the slightest, and there was still no foliage higher than our ankles, but it was encouraging. We came across a large town which although initially worrying, again turned out to be full of nice people, a few different groups of which we chatted with whilst outside shops. A couple of kids followed us most of the way out trying to teach Arjun about Allah, and out of the town we found a bridge over a river which would have made for good camping were it not for the midnight swimmers getting drunk upstream.

The heat seemed to get even worse than it had done before, and as the road turned to follow the river (at a distance) it began to get quite bad, the tarmac giving way to construction gravel, which really upset Arjuns still injured heel and slowed us down. 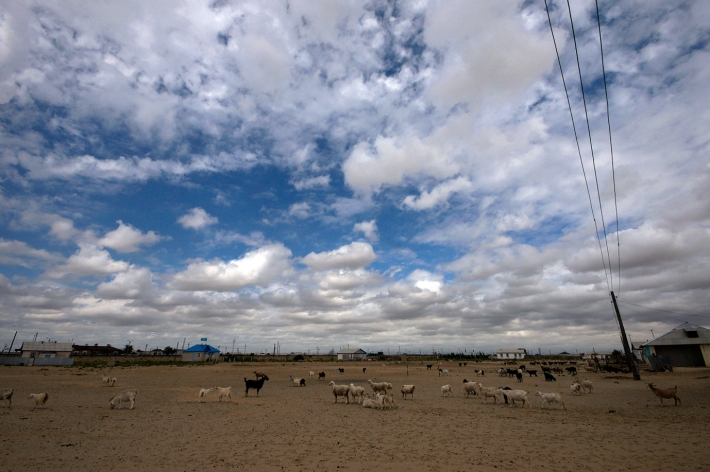